Review of the novel Blood Slave by Travis Luedke as part of the Spice Box set of sixteen full novels. 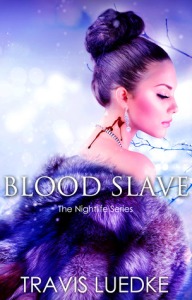 Her mother named her Esperanza Salvación – Hope for Salvation. But when a girl works as an escort for Colombian cartel in the ghettos of Spanish Harlem, there wasn’t much hope, or salvation. Hope’s telepathic ability keeps her a step ahead of ruin, but her unusual gift attracts the attention of a psychotic vampire bitch. Trapped in a Manhattan penthouse with the psycho, she thought she was dead meat. Her survival lies in the hands of Vampire Master Enrique. He seems to respect her, perhaps even care. As a measure of protection, he makes her his personal Bloodslave. Helplessly addicted to his bite, Enrique rules her every moment. As always, Hope must adapt to survive. Swept into the decadent nightlife of Manhattan’s elite, she falls in love with Enrique and prays someday he may grow to love her, too. But is it simply a relationship of convenience? Is she nothing more than a concubine desperate to satisfy his nightly demands for blood and sex? And forever in the background is the fear that one day the cartel boss she abandoned will hunt her down to collect on old debts.

#NSFW author of the violently sexy NIGHTLIFE SERIES (Vampires, Escorts & Strippers). Has auditioned for Christian Grey in 50 Shades film. He is currently catching a 3rd degree sunburn in San Antonio, Texas, and loving every minute of it.

As the author of the Nightlife Series novels, Travis lives very vicariously through his writings. He invites you to enjoy his macabre flights of fancy, but be warned: The Nightlife Series is violent, sexy, and occasionally violently sexy.

My Thoughts on the Book

To be fair, I was a big Travis Luedke fan before I ever read this novel. I ripped through his Nightlife series in one weekend. Although not always my genre of choice, I do like vampire romances and he writes some of the best vampire erotica I’ve ever set eyes on. As his About says above “Violent, sexy and occasionally violently sexy”. I have to say that his novels actually gave me confidence for the amount of violence and erotica that are in my own novels – I saw that it’s actually possible to have them accepted, that there is an audience for them.

This novel stays in the same genre as the Nightlife series but with new characters. I immediately fell for Enrique – hot, demanding, romantic, caring…vampire. And poor Hope. My heart went out to her in the first few pages and never stopped being ripped out for her. Some times I wanted to yell at her, shake her, tell her to quit fighting and open her eyes to the truth. And I think that speaks volumes about the characters Travis creates – you’re drawn into their lives and turn page after page to find out what happens to them.

I will caution readers as to the level of violence and sex in this book. If you’re new to erotica or not sure if you can handle it, this is NOT the book for you. It is hardcore sex, violence and violent sex. And I love it! For me, this was a four hippo book! 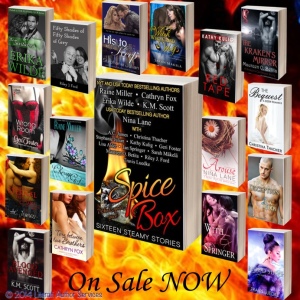 The epub and the mobi version will need to be downloaded and then uploaded to your device.