← Finding Strength from Within
Story Building: One Word at a Time →

In Search of Christmas Spirit

I’m searching high and low trying to find the spirit of Christmas this year. It’s been very elusive and it’s already December 16. Whoa. Sixteen days into December, the month of Christmas and love and giving and I’m simply NOT feeling it. Like, not at all. Not a single damn bit.

And I think – think – I’m figuring out what’s missing. And it pains me to admit this because it was a choice I made several years ago.

About five or six years ago, after a hurtful conversation with several people I trusted, I left the church to which I had dedicated so much time and energy. It was a place I thought of more as a second home – and some days a first home. There were people there I loved and cared about. And there were those who took my trust, my servant’s heart, and tossed it aside as if it didn’t matter. I believed I had to walk out for my own pride. And I didn’t just leave it. Oh no, not me. I left in a huff! I left hurt and pained and angry. I felt betrayed and misunderstood. Afterward – no one followed. No one tried to bring me back into the fold. No one said, “Hey. Let’s talk about this. There’s a place for you here and we WANT you here.” Nope. Didn’t happen. No one followed. I wasn’t brought back to my home. And that hurt worst of all.

I blamed God for a long time about the situation. I believed that HE had let these people hurt me – had allowed them to act on their own beliefs and endanger mine instead of going on His word. I believed HE should have intervened. That HE should have guided the hand and mind of the pastors and the elders. That somewhere, somehow, HIS hand would have been seen in the situation and found a way to bring me back into HIS loving embrace. But…that still hasn’t happened. But I’m coming to realize that the situation wasn’t about God. It was about people and what they believed or wanted. And while it hurt, they are just people and we all make mistakes, right?

All of this is very hard for me to admit, to you and to myself, because I still haven’t found my way back to the church yet – any church. Not completely. And I have tried. But, to me, it’s sort of like seeing the man behind the curtain and still trying to believe in the Wizard of Oz. For me, that’s been the hardest thing to believe in again. You know there are just people behind the church – people singing, delivering messages, being good. But is there really a God behind the church or is it just about the people? And I don’t know that I can trust the people anymore. And if there is a God behind it all, do I actually need a church to believe in Him?

And the Christmas Spirit?

For me, church has always been a big part of Christmas. Born and raised Presbyterian, I’ve done countless Christmas pageants and performances, lit the advent wreath, sung all the Christmas hymns and carols and for 30+ years I never missed a Christmas Eve service unless I was ill or it just wasn’t possible to go. Even when I first moved to Kansas my first priority was to find to a church so I could be sure to do Christmas Eve. But I haven’t been in several years now by choice. And every year I miss I feel farther and farther away from the true spirit of Christmas.

I’d like to go back to church. Even if I’m labeled a “C&E” attendee I feel like I should make that connection. For myself and for my sons. But, honestly, the thought of trying to find a church, of believing in people of a church, scares the crap out of me. And the thought of voluntarily putting my sons into a situation where they could get emotionally hurt scares me more. I know in my heart that the situation I went through happened for a reason but as a mom I can’t put my kids in potentially the same scenario. Because they have servants hearts as well and I’d hate to see that broken at such a young age.

However (and this is part of what’s prompting this post) I found myself in constant prayer last week with a personal situation and worrying about someone very dear to me. And that wasn’t a church asking for my devotion. It was my own faith in a higher power. My own belief that someone was working behind the scenes to bring healing to a good man as well as wisdom and skill to his real caregivers. My own need for someone to protect me even as I was caring for and comforting another. It’s a bit of a relief to find there is still that deep faith inside me. What I thought I had lost was really being hidden by my own stubborn pride and a deep pain I refused to release. I still have a ways to go, but I’m finding my way. And I may never find my way back inside a church. But that doesn’t mean I won’t find my way back to God.

Help me in my unbelief

As the quote from The Count of Monte Cristo goes,

Edmond Dantes: I don’t believe in God.
Abbe Faria: It doesn’t matter. He believes in you.

To know someone – some entity – believes in you even if you aren’t sure about Him? That’s powerful. And it gives hope. And…I do believe! But as the father asking for healing of his son said in Mark 9:24, “…I do believe; help me in my unbelief!” 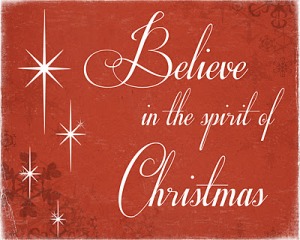 I believe in God…but there’s so much I don’t believe and that I can’t accept. For Christmas, though, I’m simply going to embrace what I do believe. I’m not going to question or worry. I’m going to BE and let the spirit wash over me as it happens. I’m finding that I don’t necessarily need a church to be spiritual. And I can have Christmas spirit without a church. The old hymns and Christmas songs mean just as much to me alone, wherever I am, as they did when I was in a sanctuary. And listening to them sung as in these videos below makes my heart soar with belief again. And I will play these over and over again until my soul is soaked in the Christmas spirit.

Posted on December 16, 2014, in Getting Real and tagged Christmas Spirit, church at christmas, religion, unbelief. Bookmark the permalink. 4 Comments.

← Finding Strength from Within
Story Building: One Word at a Time →