← Story Building: One Word at a Time
Merry Christmas →

Christmas Magic from the ‘Me’ Generation

Many people will say that the current generation of young people are in the “Me Generation”. That kids are only about themselves or that they feel entitled to luxuries as staples in their lives. That they’re ungrateful or uncaring. But, today, I want to tell you about a group of kids who make many adults I know look like chumps.

Much of this story will be shared in a very anonymous way. And I’ll explain why at the end. But please remember that what I write here IS true even if you don’t have the exact details. 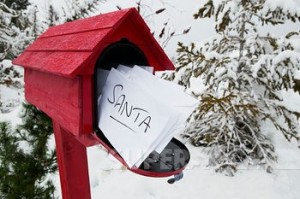 For reference, my husband is a Postmaster in a small town. This holiday season, he setup a vintage mailbox in his post office, at child-height, and made it into a “Letters to Santa” box. Many other post offices do something similar and will get a handful of letters. (I guess most kids email their Santa letters these days.) This small post office saw around 100 letters come through. Which is pretty cool in and of itself. It’s nice to still see that level of belief by little kids.

What my husband did with those letters was a little different. He spoke to the local high school and asked if they had a group that would answer back to the children. This is where the fun begins. 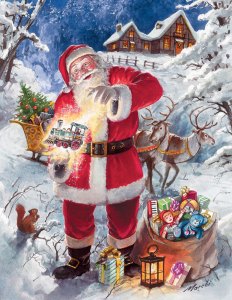 At the high school there is a “Developmental Leadership” class of 20+ students. This group took on the job of answering the letters in the last week or so. The teachers would review what was being written but all the children who wrote Santa received a letter back.

This group found one letter that was particularly heartbreaking. It talked about a parent in jail and the family not having money for presents or really for anything for Christmas. Rather than simply writing back to this child the students went above and beyond. Using their own initiative and their own money, they headed out and purchased presents and gift cards to give to this family. When I heard this, I had tears running down my cheeks.

Even more above & beyond: these same students will be returning to the school on Monday – after school has already ended for the holiday break – to be sure all the letters are completed and every child has received a letter before Christmas. This blew me away – that they’re giving up their personal time now to be sure the magic is seen by all the kids.

So, I have a bit of an exclusive on this story because of my husband. He started the ball rolling and got these wonderful students involved. He told his boss who told his boss. There was talk about having the local paper write about what these students have done. When I first heard about it, I even thought I might be able to tell a few of the local media outlets to have them receive the acknowledgement they earned. But everyone who thought about giving these kids public accolades was stopped by the students themselves. 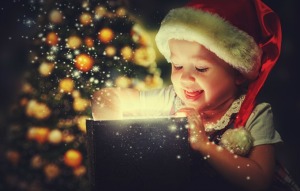 They were told of the intention to get them recognition and the students said, “NO.” They didn’t want to risk the little kids who received letters back to find out the letters hadn’t been written by Santa. They didn’t do this for accolades or recognition. They did for the little kids who believe in the magic of Christmas and in a big guy in red who can make wishes come true. A story in the paper or on the news might have been seen by a child and the magic lost for them. The high school students didn’t want to take that risk.

I think there’s something noble in that response; something very mature in their answer. Many adults I know wouldn’t have stopped to think it through. In this day and age of selfies, social networking, self branding, and sharing everything, how refreshing to see a group of high school students – the so-called “Me Generation” – stop the adults and say, “No. That’s not the best thing to do. Leave the magic in place. Let the little kids believe.”

Maybe there’s hope for our future after all.

← Story Building: One Word at a Time
Merry Christmas →