About halfway through the club wrestling season we were contacted by HERO wrestling via the boys’ coach and told about the Hero Quest. Because Travis was doing so well in his season, they thought he would good to enter into the contest. We sussed it out and figured out that both boys would be able to get in and so we signed them up. (And, yes, we would have done it with just Travis, but it’s so much nicer around here when both boys are included in the same activities.)

The Quest was a simple concept – have wrestlers do great things in wrestling and in other parts of their lives and earn five badges. Once all the badges were earned, they get their photo taken in the HERO Quest shirt and they’re in the running for a sponsorship!

The twins earned the Hero badge pretty easily – just signed up and essentially nominated each other. The Academic badge was also easy since they’re both straight A & B students when they’re on their game. The Service badge was earned when they participated in the #HeroesDontBully campaign that HERO ran. They both won their brackets at different times (Travis won several times!) so that got them their Champion badges. My company and social network helped them win the Highlight badge with their daily votes on the Video of the Week campaign. 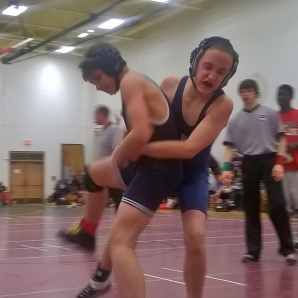 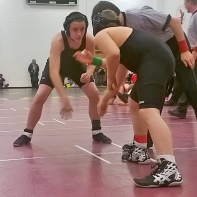 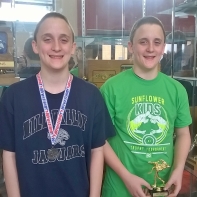 Today they are featured on the HERO blog as being HERO LEGENDS! (Click their pictures to read their features)

I’m proud of my boys. They stuck with wrestling despite some hard losses and a major learning curve. They’re already excited for next year’s season and where they can go with this sport.

Starting Saturday I’ll be reaching out to my network again. This time, we need lots of votes to get them in the top 8 LEGENDS. From there, five judges will pick the top Legend and award a $1,000 sponsorship. And as any mother of twins and sports mom will tell you, that is nothing to sneeze at! 🙂

Thanks for your continued support of me…and now of my children!